We’re generally a little dubious about lists of food trends here at Certe’.  We are not fans of What’s Hot and What’s Not—we like to leave that up to our clients’ requests (always right!!). Each person’s food preferences are extremely subjective, and influenced more by upbringing (Mama) and geography (your hood) than anything else.   Just to clear, we are Not saying we dislike these items, nor or we saying anything negative.  Common can be compared to popular. 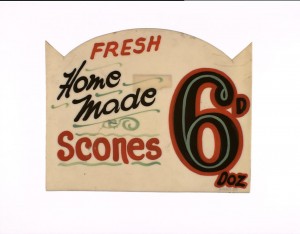 The term foodie has now become over used and is synonymous with fads, pretension and style rather than the love of experimenting, adventuring and most of all eating good food.  It just shows you have no fear of food poisoning and will try anything with open mindness & excitement. 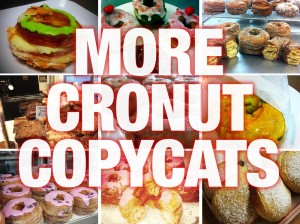 Cronuts are everywhere—on Facebook and Instagram, on TV, in the pages of every newspaper and magazine you pick up.  Ok…. Next!!

The explosion of bacon in non-traditional arenas has been rapid. There are bacon-flavored cocktails, mayonnaise, syrup, ice cream—even multi-colored bacon strips. For those who want to fuse together two annoying food trends, there’s a bacon cupcake – enough already. Bacon has become its own food group.

Fried Egg on everything 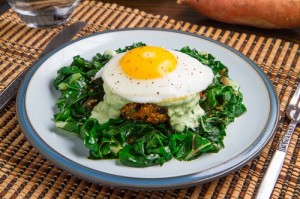 “A fried egg is such a happy food that it deserves to be everywhere, and yes, today it seems like it is.  The fried egg also has made its way onto several national top-food-trend lists for 2013. In reality, there’s nothing new or trendy about finishing off a dish with a fried egg or using the yolk for sauces.  Thank you, Denny’s.

It seems like everywhere you turn, another juice bar or smoothie stand is opening up shiny shops selling pricey liquefied kale and wheatgrass.  It is wonderful to be healthy, but we should all remember balance and moderation.  We were created with teeth for a reason, not just to chew on straws. 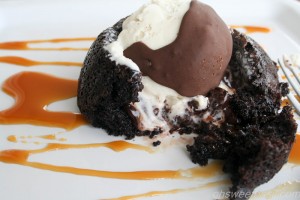 The “lava cake” was a once a thing. But the craze that Jean-Georges started in the ’90s has long since screeched to a halt. Yet, it still appears on the menus of self-proclaimed “forward-thinking” chefs.  A dessert with a hot liquid center is now a painful cliché.  Still waiting for the McD’s version.

Truffle Oil on everything

Too many chefs have become heavy-handed with the infusion, using it more as a crutch than an accessory. The oil shouldn’t overpower the dish, which it ends up doing more often than not. Drizzling truffle oil on your second-rate mac-n-cheese or over burnt shoestring fries does not elevate it to gourmet, nor does give you the right to tack an extra ten dollars onto our entrée.  It used to be a special occasion ingredient and now it’s “chicken every night.”

Farm-to-Table.  Should always be that way.

While this is one of the most admirable food trends to emerge recently, the term “farm to table” has lost all meaning as Sysco-loving chefs have co-opted the concept without really understanding it. Originally, the movement started as a way to promote sustainable, local agriculture. Restaurateurs were supporting community farmers by buying local products and showcasing them in a creative manner. Now, though, this cooking philosophy is too far-reaching, which is the exact opposite of the intended mission. Practically every new restaurant that has opened in the last year advertises its supposed farm- to-table credibility, but yet they serve fare from across the country. Where does it go if it doesn’t go from the farm to the table?  After all, giant factory operations have farms, too. Just ask McDonald’s.  Let’s start asking “who’s the middleman?”

During the fall, pumpkin spice is everywhere. It’s in our candy, in our coffee, in our breakfast pastries, in our oatmeal, and coats any and every edible item that you can think of. It doesn’t even mean that all of these food items contain even a molecule of real pumpkin.  The real problem isn’t pumpkin spice overload: it’s that commercial pumpkin spice overload has burnt Americans out on the concept. Last I checked… Pumpkin was a Squash, not a spice.

Dale DeGroff who unearthed the word in the late 1980s while running the bar at the late Rainbow Room was King Cocktail.  At that time, it seemed appropriate to introduce a new term for a craft which had arose as distinct from those pouring sour mix and Fuzzy Navels at dive bars. From an outside perspective it seems a little silly. The term is overly used. Not everybody is a chef. People in the culinary industry don’t call themselves chefs unless they feel they’ve earned the title.  Beer tappers are not Mixologists, they are Suds Attendants.

In The Beginning, there was Ferran Adria.  An egocentric, yet spectacularly talented food scientist and Chef.  Sorry, guys, everyone and their kids too, has seen all this stuff now, and probably also watched 10 TV shows about how to make it themselves.  Pretty soon Wonder Bread will be re-invented.

A public service to warn people who suffer from Celiac disease that bakery products contain something that may make them sick, ok.  But putting this label on products that have no connection is overkill.  Red Bull boosts of being gluten-free.  So is paint thinner.  Look deeper into products that boost Gluten-Free.  There is a reason they are marketing as their healthiest point. 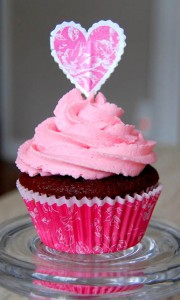 OK, we get it. These bite-sized, pink-frosted, red-velveted cupcakes are as adorable as they are tasty. But after witnessing them at every wedding, social function, and fashion show for the past two years we’re gagging at the sweetness.  You can hardly walk a block in NYC without passing one. Even the Food Network has gotten into the act with their new show, Cupcake Wars. Really?

Because only a few years ago, no one had ever heard of quinoa, but today, “it’s quinoa’s world. We just live in it.”  It’s even affecting a nation’s economy. http://www.esquire.com/blogs/food-for-men/first-world-food-demand-raises-prices-15008439

While White Castle created the slider back in 1921, this mini, flat burger has become abundant in more recent times. And sliders are no longer solely made from beef. Gourmet versions span bite-sized chicken, veal, turkey, seafood, and veggie versions and are on almost every menu.  Even grocery stores sell Slider Buns. 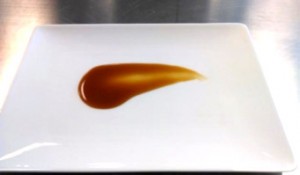 A blob of sauce dropped on a plate, then pushed across the plate with a spoon is so… well,  boring now.  How about a Ying-Yang design…. Or anything else?? 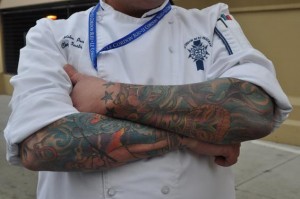 What’s up with Chefs and Kitchen Ink? It seems we can’t pass an open kitchen, or turn on a cooking TV show, without seeing tattoos, especially for butchers. Is that part of training now? Is it now a job requirement?  Nothing against expressing yourselves, but it seems old-hat now.

Perhaps there was a time that “artisanal” meant crafted by hand, in small batches, without the use of industrial equipment. But let’s just all agree that that time is over; proven perhaps when Domino’s launched its artisanal pizza or Burger King launched its artisan bun.

The combinations have long fascinated French and American chefs, but it became one of those things that worked its way from an elite culinary obsession to the American mass market.  You can now buy it at Starbucks and Walmart.

Chefs, cooks, food nerds:  Put down the balsamic vinegar. Stop splashing it on everything. Stop the madness. It has become, we fear, the most overused ingredient in America’s kitchens. We understand the desire to put it everywhere because it has such an inviting flavor, but less is more.  What happened to the other great vinegars? 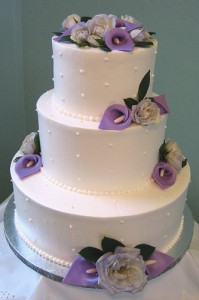 Just by knowing a few simple tips and tricks you can start making cakes that will amaze your family and friends!  Seriously, everyone that can frost a cupcake thinks they can make and sell $1000 Designer cakes.  Just the other day, the tow truck driver whipped out his iPhone to show us his recent creations.

Proclaiming a food or foods are fresh seems pointless. How many products would advertise “Now Frozen!” or “Yesterday’s Bread”?  That is a given….If it weren’t fresh, we wouldn’t be dining there. Duh. It seems the word is so overused right now that it means very little.

Today, the word ‘lite’ and all it is meant to convey has taken over. Entire sections of the menu at restaurants are titled ‘Lite,’ or ‘Lite-Faire.’ Is the food really ‘lite’? Yes? In what sense? Is it lighter? Less heavy? Lower calorie? Lower fat? Healthier or better for you? In fact, the answer could be all of the above, or none of the above. The word is slapped on the product or used as a buzzword to describe a menu item, and we just automatically know what it means. Right?

Too often you see the word ‘homemade’ attached to foods in larger or even chain restaurants. There is just no way this food is in any conventional sense of the word, ‘homemade.’ Some restaurants, especially those that really are small and family owned and operated (something that is fast disappearing from the landscape of the United States), really do serve you food that is homemade.  However, when you go to a restaurant, seldom if ever is it located inside someone’s home.  We think House made is a better word.

We know what a food award is, or at least is supposed to be.  So when we see ‘award-winning salad’ on a restaurant menu—which is often, we ask – ‘well, where is the award?’ ‘Is it hanging on the wall somewhere, maybe next to the rest rooms?’ ‘What was the award for?’ ‘Greenest colored lettuce?’ Call us a skeptic, but we won’t believe the salad won any award, or at least not any award that counts, until we see it.

To reiterate, these are our views and opinions. We are around food from early morning to late at night, 7 days a week. It is natural to see things over and over again. We try to experiment daily, trying to improve on past creations and increase and enhance both the flavor and the presentation, as well as to come up with entirely new concepts.