Surely one of the great things of the Fall season, is the smell of freshly baked Pumpkin anything. So, yes, I am including the Pumpkin Pie recipe I made, but there are a couple of other things you can make with the entire Pumpkin too.  Ahh, pumpkin pie made from a fresh pumpkin tastes so much better than the glop that was processed last year. Don’t let it scare you off, the pie pulls together pretty quickly and is really not that difficult.  This Pumpkin was a  joint effort with my kids.  Share with some very lucky people! (but choose them wisely…) 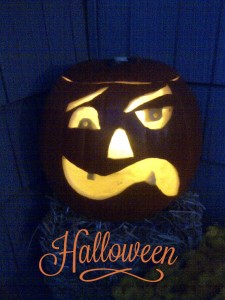 There is something magical about a carved pumpkin with a candle glowing inside to celebrate a crisp fall evening. …Especially a Bi-Polar Pumpkin that turns into Pumpkin Pie-Polar.  So, is YOUR Pumpkin ready? 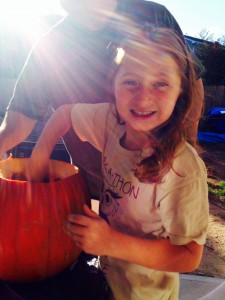 ~ We started with a 17 pound pumpkin (no, not Bi-Polar Pumpkin—he was indecisive).  My daughter, Jackie, began the scooping.

~ Scoop out the insides.  Make sure you get out that stringy, dangly stuff that coats the inside surface.  An ice cream scoop works great.

~ SAVE THE SEEDS.  We will show you how to roast them later.  Place the seeds on a cookie sheet or other tray and let them sun-dry for a couple of hours.

~ Place the meat in a saucepan with ¼ inch of water and cook until mushy.  This should take 3-5 hours, so be patient–it’s worth it! Slowly cook down while mixing or mashing occasionally until it resembles Mashed Potatoes. 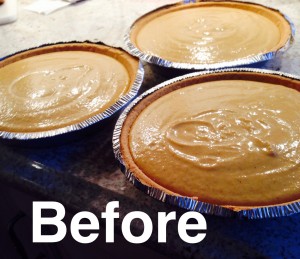 Mix together with a hand blender to get a nice smooth consistency.  This will give the pie a satiny texture—not grainy.

Pour into a Pie Shell of your choosing.  This made 3 pies, and Alexandra and Jackie chose a Graham Cracker crust for ours. 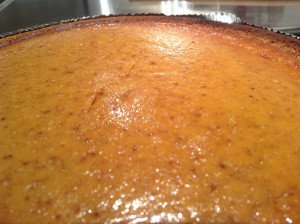 Now, back to your seeds drying in the Sun.  Pumpkin Seeds are a health food powerhouse and a great snack—the kids love them. 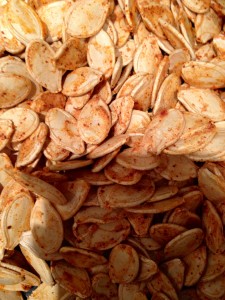 Toss with Seeds and toast in a 325 degree oven for 20 minutes until seeds have a crisp exterior.

As simple and throw-together as they are, I promise they’ll be one of the most delectable things you’ve ever put in your mouth. 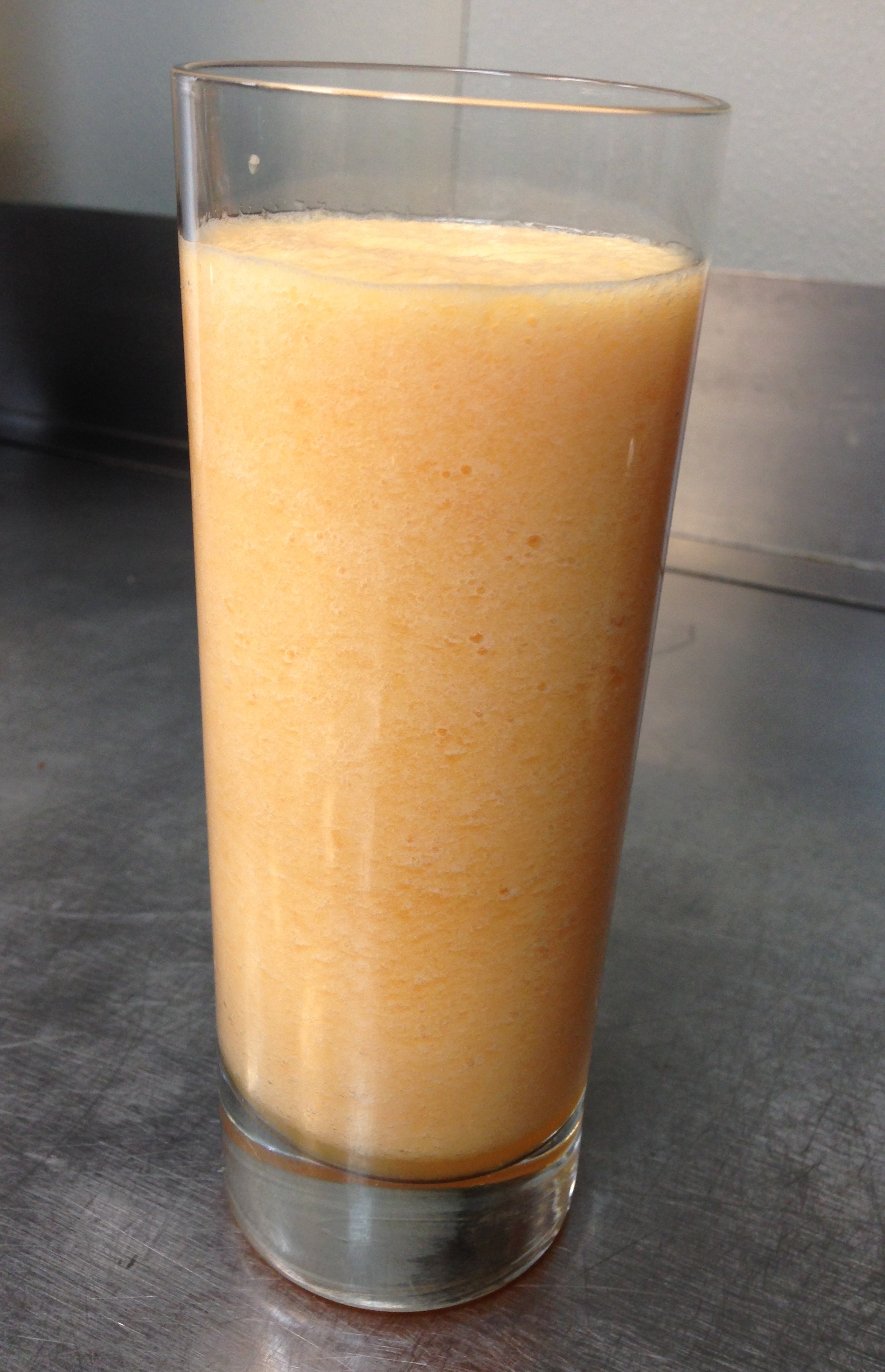 So Libby’s Pumpkin People….we’re wishing you and your cans well and I know this is your busy season…..so don’t worry…..we’ll be sure to keep the whole real pumpkin idea… …..just between us