On a Saturday morning in September, 120 people — some runners, some speed walkers, some super fans of pizza and US — gathered at Tompkins Square Park for the annual NYC Pizza Run.  Two unlikely forces combined: Running and pizza. It seems antithetical that this activity would pair with this food (or any food for that matter) but consider your mind blown. 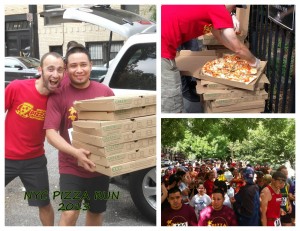 The concept is simple: Run four laps around the park (a total of 2.25 miles), stopping to scarf down a slice of pizza.   Pizza by Certe’ provided all 55 pies ravaged by the 120 runners.  This is our 3rd Year participating and we would not miss it!

Proceeds from the aerobic pig-out from the race benefit the Juvenile Diabetes Research Foundation International (JDRF). 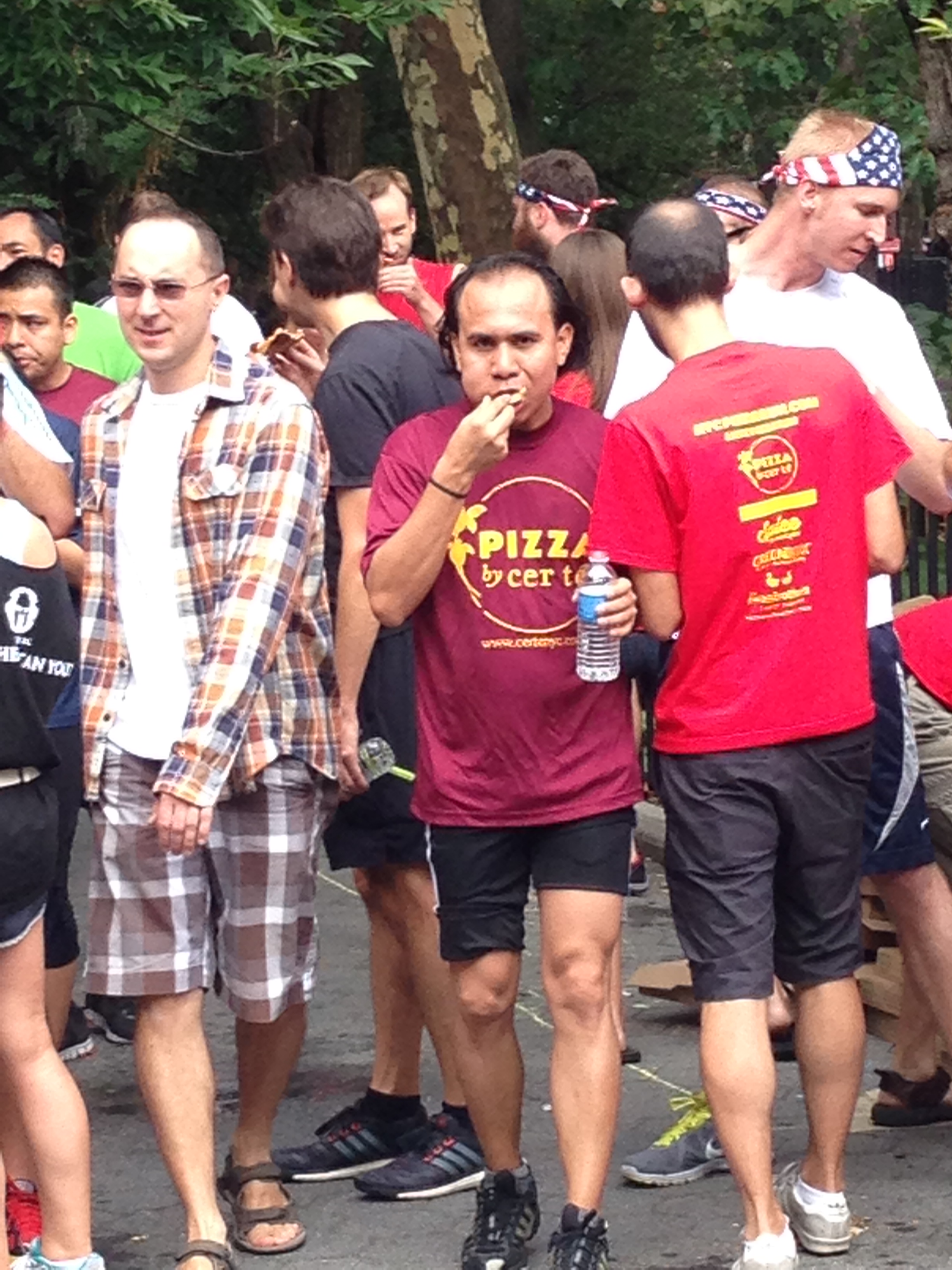 Participants must scarf a slice of Margherita pizza after each lap of the park they complete. They can run while chewing, but must have put all pizza in their mouths before leaving each checkpoint. 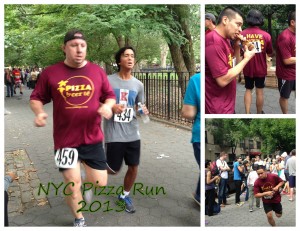 But it’s Chef Edward, who participates in the race each year, who might had the real competitive edge. When he’s making the pizzas for the race, he gets to decide everything from pie size to crust composition. 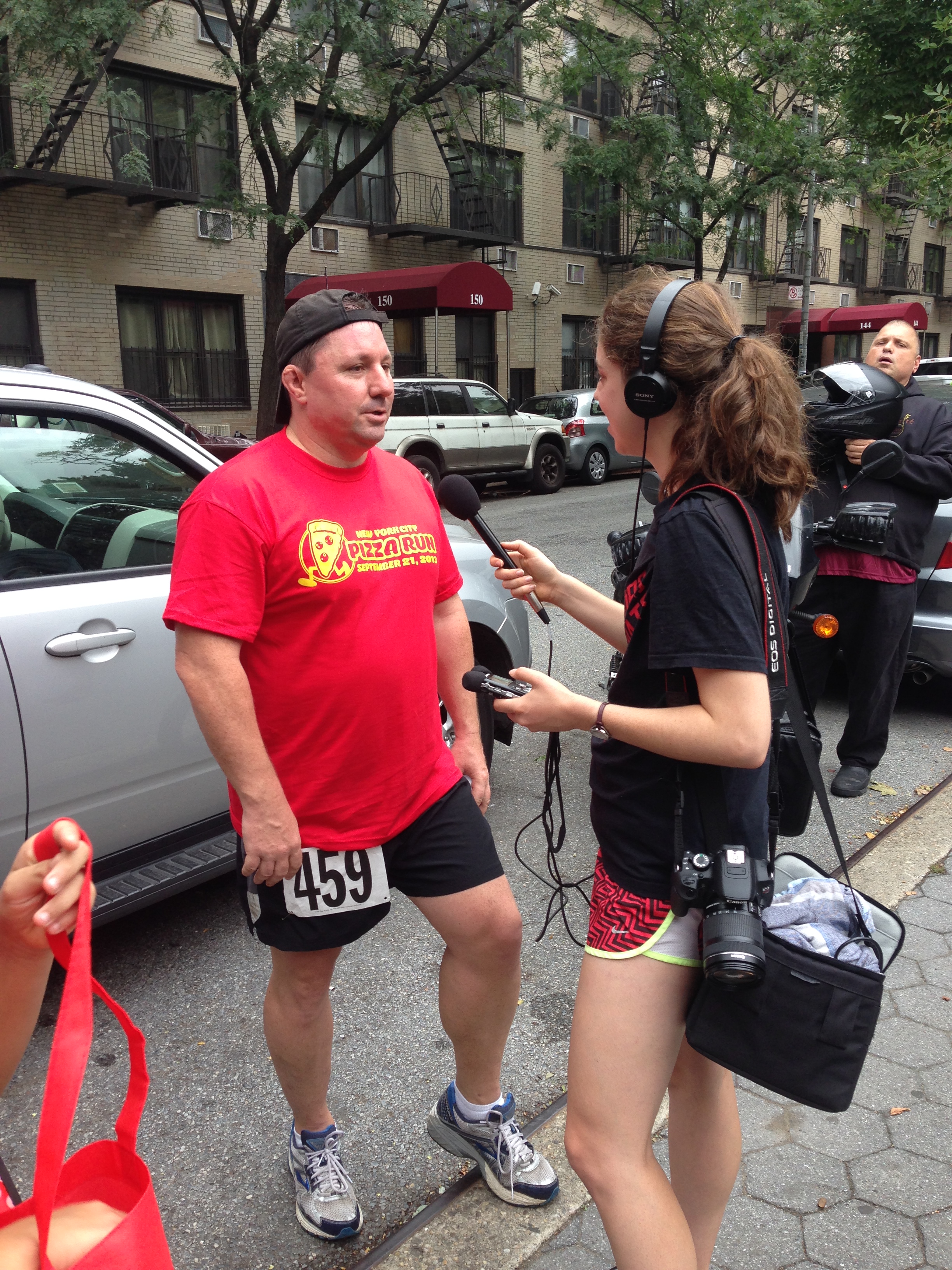 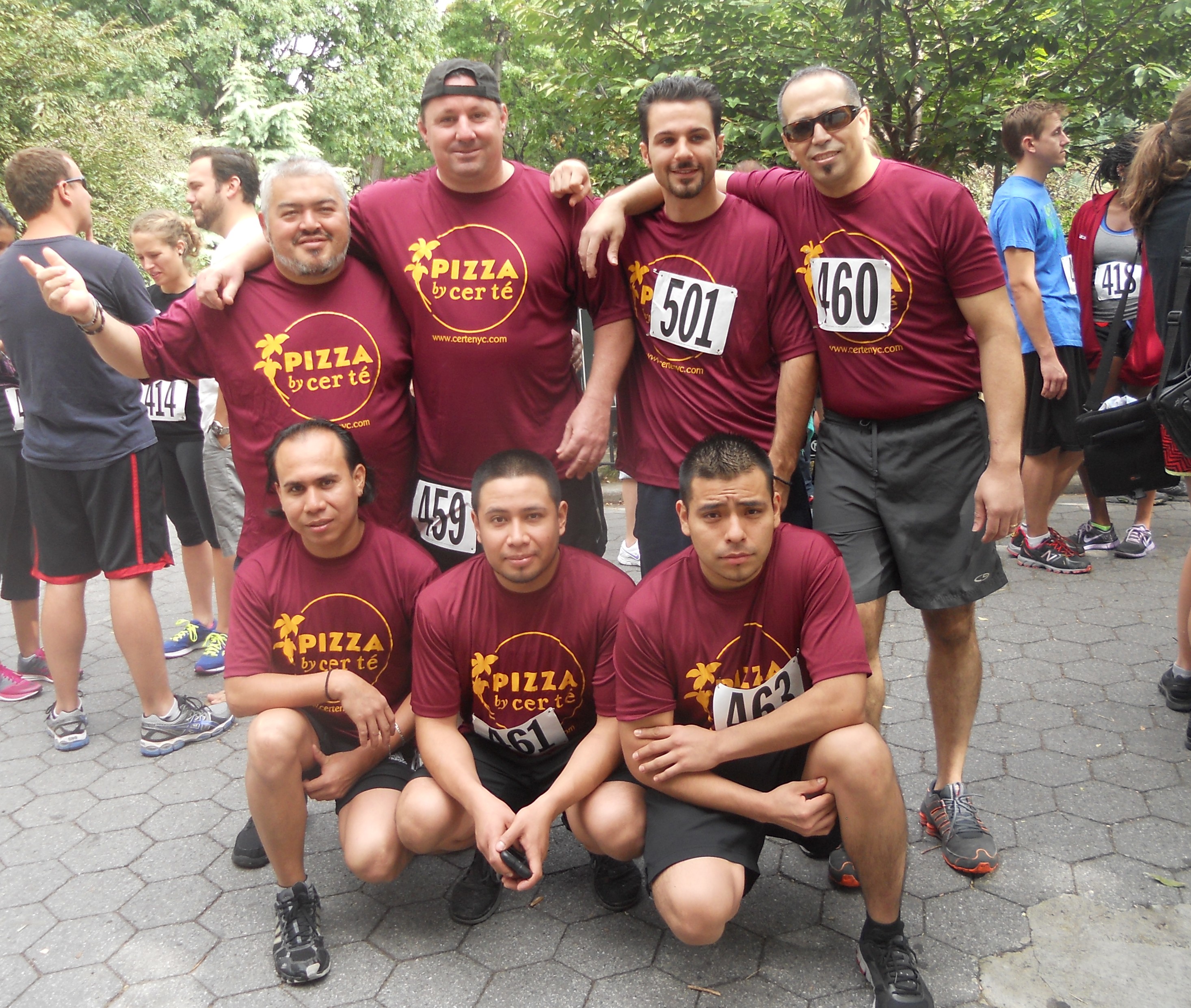 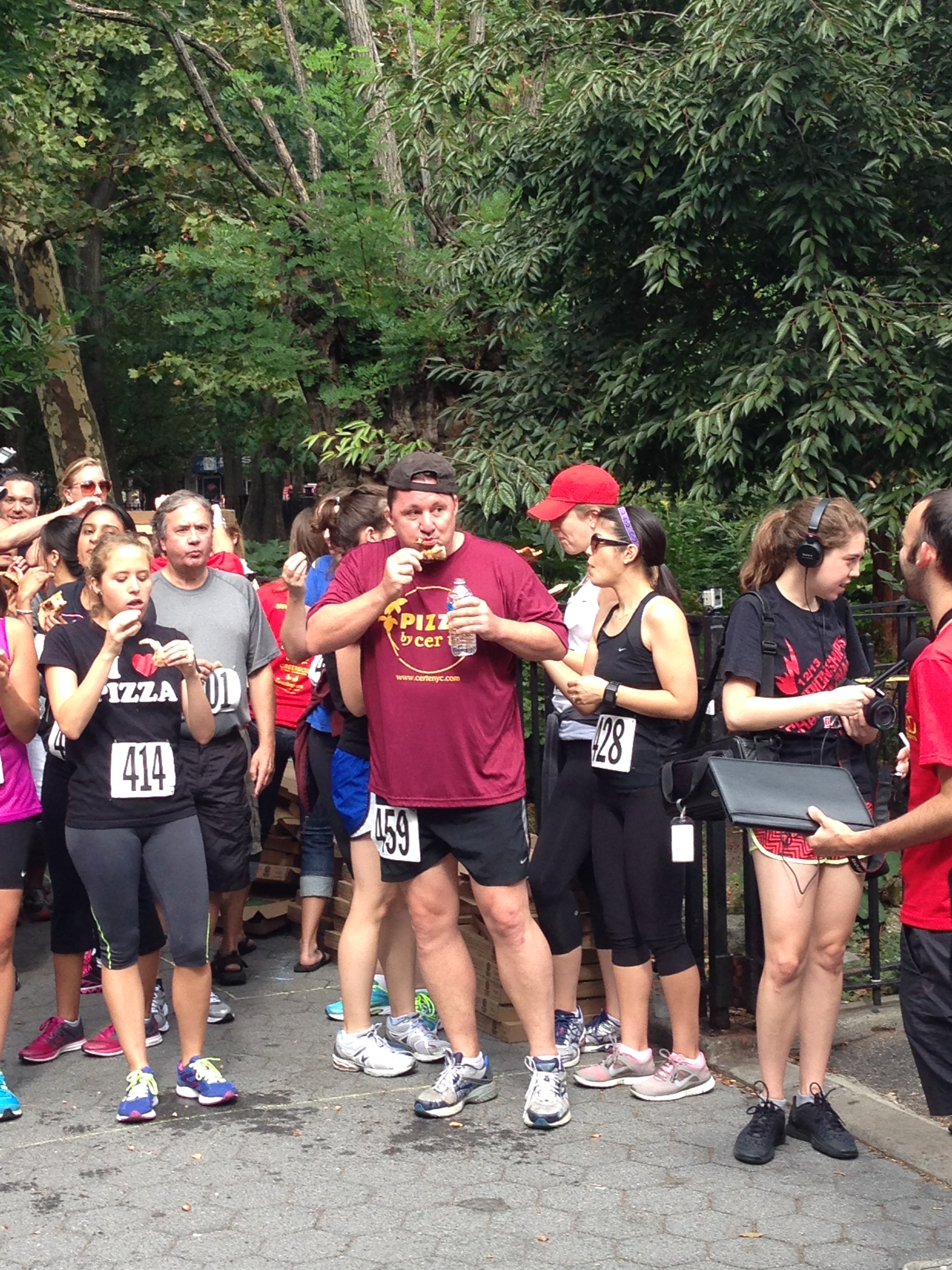 Can’t Wait Til Next Year! 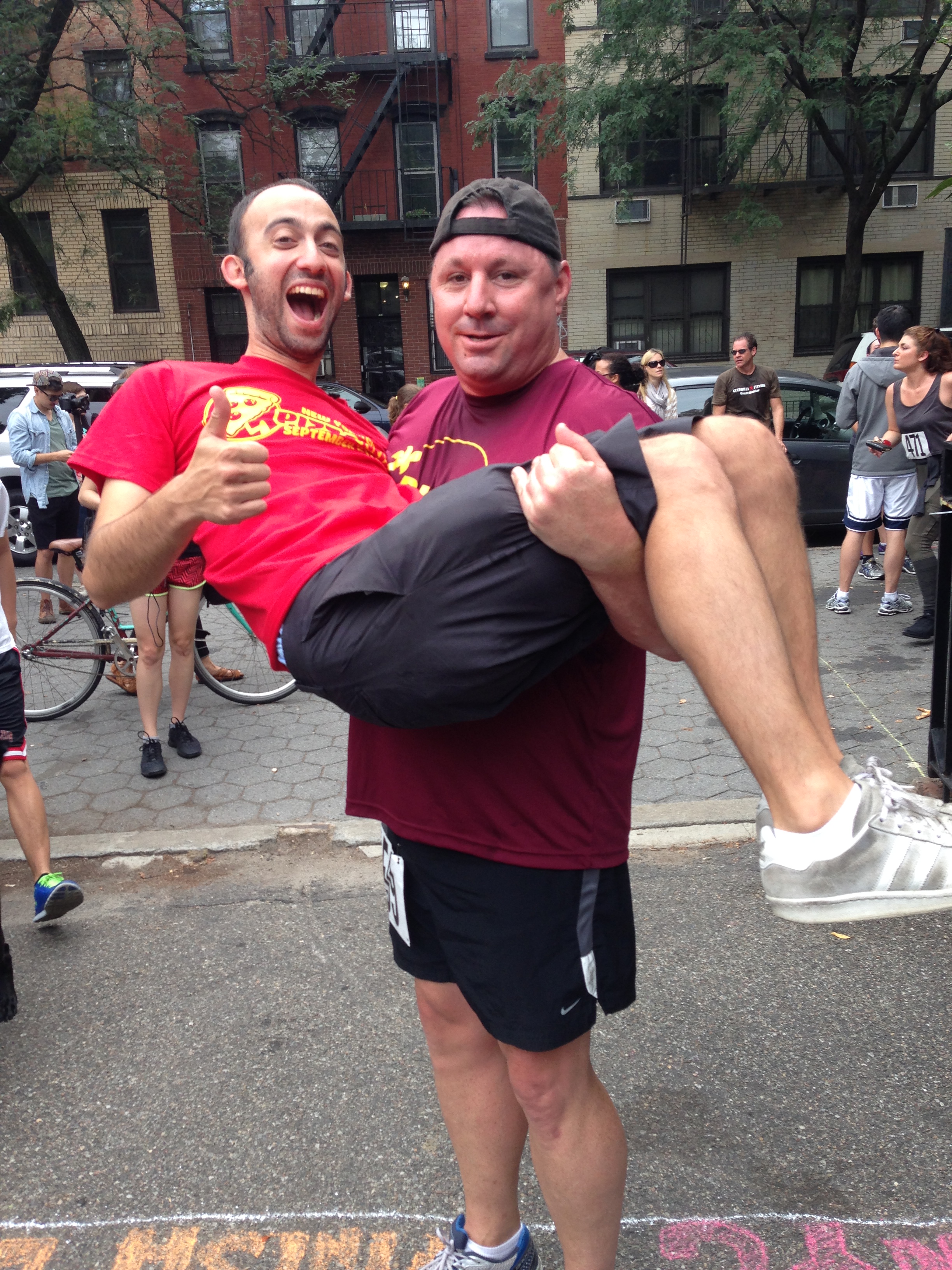