Chef Edward joined Ahmed Yearwood, a.k.a. Team Boxcutters to sleep out on the streets of NYC on November 20…so Homeless Kids don’t have to.  They got a sense of what it’s like in 28 degree weather &  raised over $12K for Covenant House!  Did you know that 40% of all the Homeless are under the age of 18?  Please support them at www.CovenantHouse.org

We were proud to be able to again provide complimentary food for New York’s Bravest who ran this year’s Marathon!

END_OF_DOCUMENT_TOKEN_TO_BE_REPLACED

On a Saturday morning in September, 120 people — some runners, some speed walkers, some super fans of pizza and US — gathered at Tompkins Square Park for the annual NYC Pizza Run.  Two unlikely forces combined: Running and pizza. It seems antithetical that this activity would pair with this food (or any food for that matter) but consider your mind blown.
END_OF_DOCUMENT_TOKEN_TO_BE_REPLACED 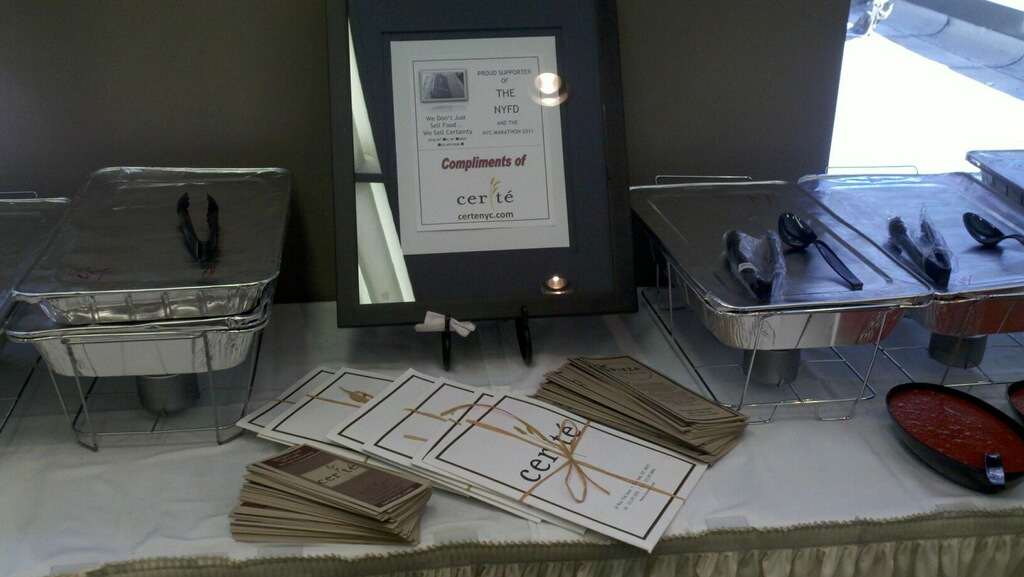 We were proud to be able to again provide complimentary food for New Yorks Bravest who ran this years Marathon!

The excitement of the marathon doesn’t end after the finish line tape breaks. The NYC Marathon has several races within the race such as the Mayor’s Cup–an annual battle between the New York Police Department team and the New York City Fire Department team for a trophy and year-long justification for tormenting the losing team. 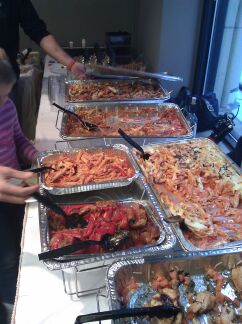 The FDNY team won the trophy for the 25th time (after 9/11 the teams ran in unison — without a winner) with a score of 10-4.   The FDNYs team combined times beat the NYPD’s by more than an hour to win the Mayor’s Cup. 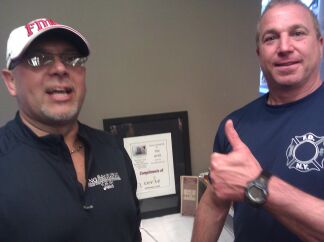 We usually smoke them, but the last couple of years its gotten tighter and tighter, said Mike Cacciola, coordinator for the fire department team.  When asked if the firefighters were more fit, Cacciola emphasized the good-natured approach of the competition.  I try to maintain a good relationship with my counterparts on the police department, he said. The athleticism of the firefighters warrants us to be extremely competitive.

Both teams donate their prizes  one million flying miles to the champion and 500,000 to the loser, from Continental Airlines  to charity.

We hope that looking forward to our food had something to do with it. 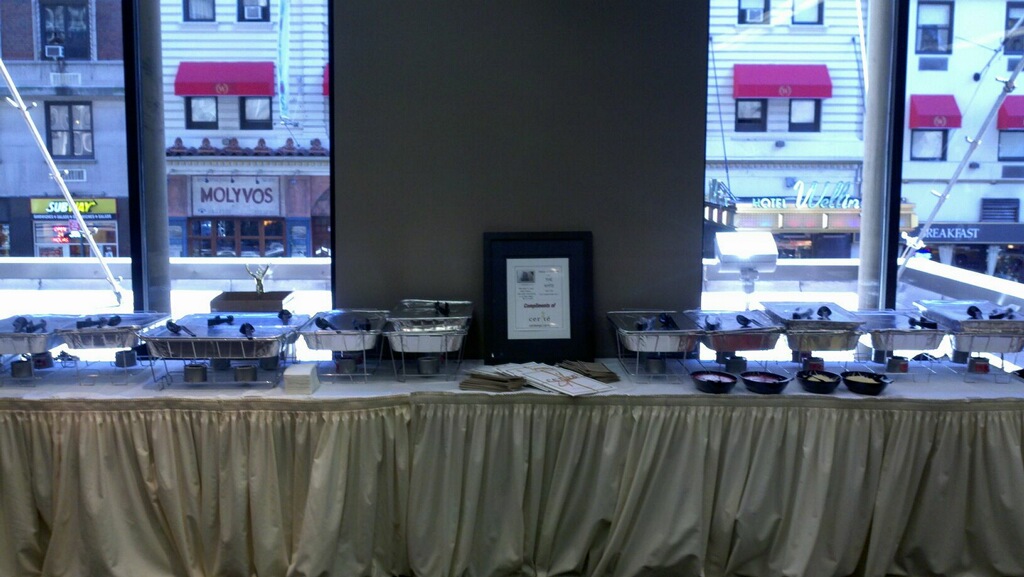