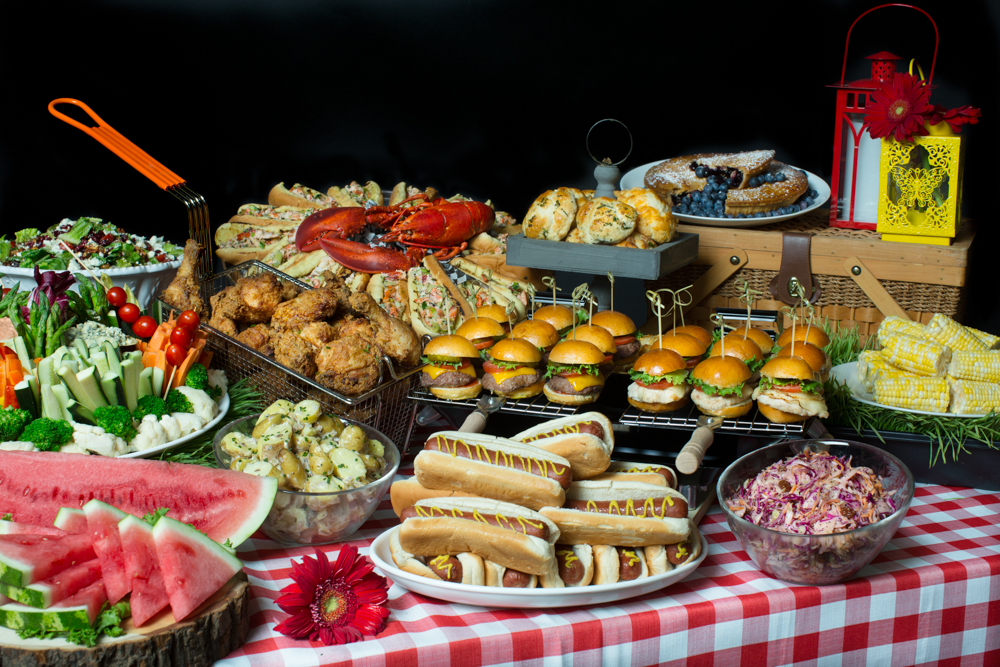 END_OF_DOCUMENT_TOKEN_TO_BE_REPLACED

Those who live for pizza had no problem wolfing down PBCs  pizza pies at the 3rd annual NYC Pizza Run last Saturday morning.

It is commonly recommended to carbo-load the night before a big race, though few recommend consuming massive amounts of starch during the competition itself. 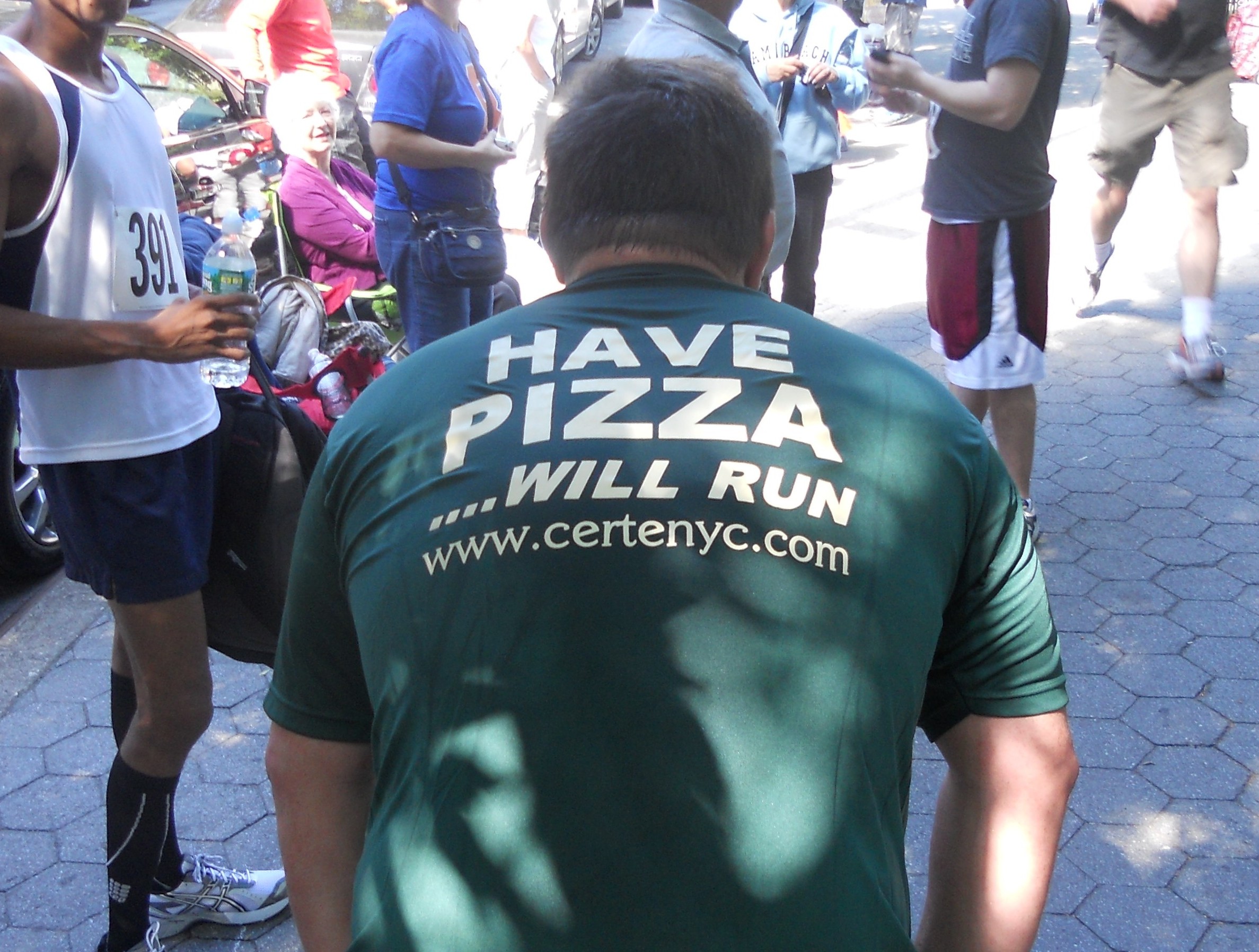 However, nearly 120 runners  (another 50 on a waiting list) registered in Tompkins Square for the NYC Pizza Run, a 2.25-mile run that required three pit stops for one slice of Pizza by Certes Margherita pizza.  Race founder Jason Feirman, founder of I Dream of Pizza, one of the countrys most popular pizza blogs, has hosted this for the third year. People come from all over, some professional marathoners, some  umm, definitely not.   Corey Lambert came all the way from California to take part, finishing in just over 20 minutes.

One participant noted that usually he goes for the largest piece of pizza; however, this is a first trying to grab the smallest slice. 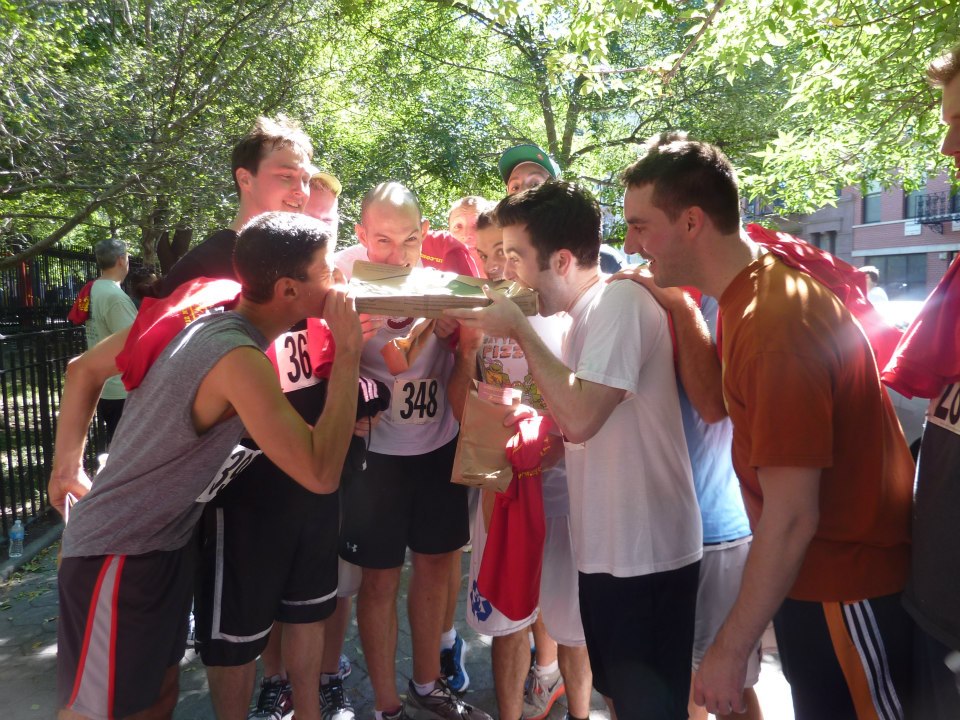 Even the Pizza Run staff couldnt resist our pizza even while handing out the slices.

The winner, Peter ORourke won for the second year and clocked in a time of 14 minutes, 6 secs.

Heres how Pizza by Certes team did:

+ Eat at least 6 slices of Pizza per day to expand stomach.